Behind the Scenes at the Theatre Royal Drury Lane 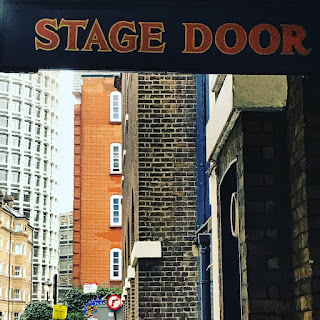 Thought i'd tell you about my adventures behind the scenes at Charlie and the Chocolate Factory at the Theatre Royal Drury Lane in London.
I'm a big fan of the show and have been lucky to have seen it a couple of times on the run in London. Its been in my mind for a long time to do this backstage tour and with the show ending this weekend and for a birthday treat I thought now was the time.
After a quick pitstop for breakfast before we went to the theatre my brother n I made our way to the foyer where we were met and given our tickets by the box office and waited for our guide.
We didn't have to wait long and we were lucky to have a small group of four of us to start the tour.

Our guide started off with some amazing history of the theatre telling us about different things that had happened through the years and also some great facts about the design of the theatre and its restoration work as well. 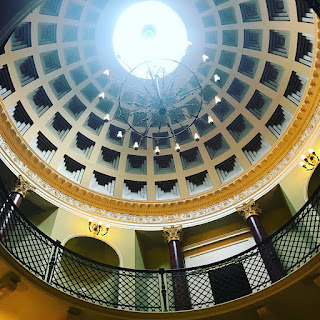 We then made our way through the corridors towards the Royal Box and the private rooms that are next to it. The view from this box in the auditorium was incredible. We were lucky to see the sets and scenery being tested for the afternoon show. For those who have seen the show it has some incredible stage sets but to see how far back the stage goes was pretty incredible.
We then had a great view from the first balcony and heard some history about the ghosts of the theatre as well. Luckily none came out to see us whilst we were walking round.
I did note this theatre was the only one I've seen that had boxes at the back of the balcony to which the view was brilliant. 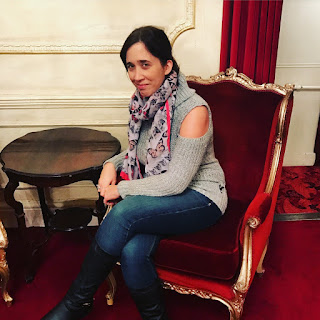 We then saw some more areas behind the balcony which had a small selection of pictures of stars that had performed on the stage there. After this it was then time to head backstage.
We were lucky because of the small group to then see the area under the stage. This was something that was actually incredible to see. The amount of mechanics that control everything is not something you would think about whilst watching the show but it was really interesting to see. 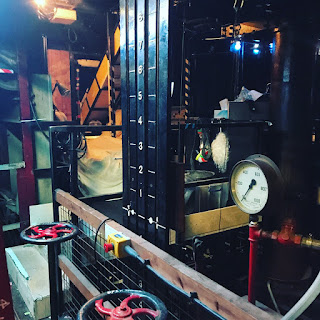 We then had a quick look at parts of the foundations of the theatre that survived the war and were preserved. The theatre itself is huge so navigating round it especially backstage is something I commend the whole crew for.

I had no idea what to expect from this but we were both really surprised and so impressed with what we saw and also learnt.
If your a fan of theatre I completely recommend checking out booking one of these tours either at the Theatre Royal or at the London Palladium (which is next on my list)
check out the link here
http://www.reallyusefultheatres.co.uk/specials-vip-hospitality/offers/tours

Hope you all have an amazing rest of the week