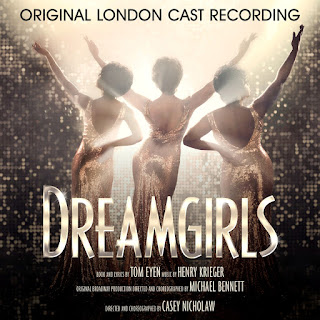 Well the news has finally come.

The incredible cast of the hit West End show Dream Girls are releasing a cast recording.
The Soundtrack which was recorded live a few weeks ago here in London at the Savoy theatre is due for release in Mid April but you can preorder already on Amazon. ( yes I've put a pre order in for my copy am very excited to get this)

Featuring an incredible cast on the soundtrack along with Amber Riley playing Effie White - I personally am looking forward to hearing "And I am telling you" and "One Night only" which have always been my personal favourite songs on the sound track. the soundtrack itself is produced by Henry Krieger and mixed by Andy Bradfield.

Dream Girls opened at the Savoy Theatre in London in December to rave reviews and is currently booking through October 2017.

If your a fan of the show don't forget to check out whats going on by checking out http://www.dreamgirlswestend.com for all the news on the show

This is on the list for a visit to review, do let us know if you have been to see it and what you thought