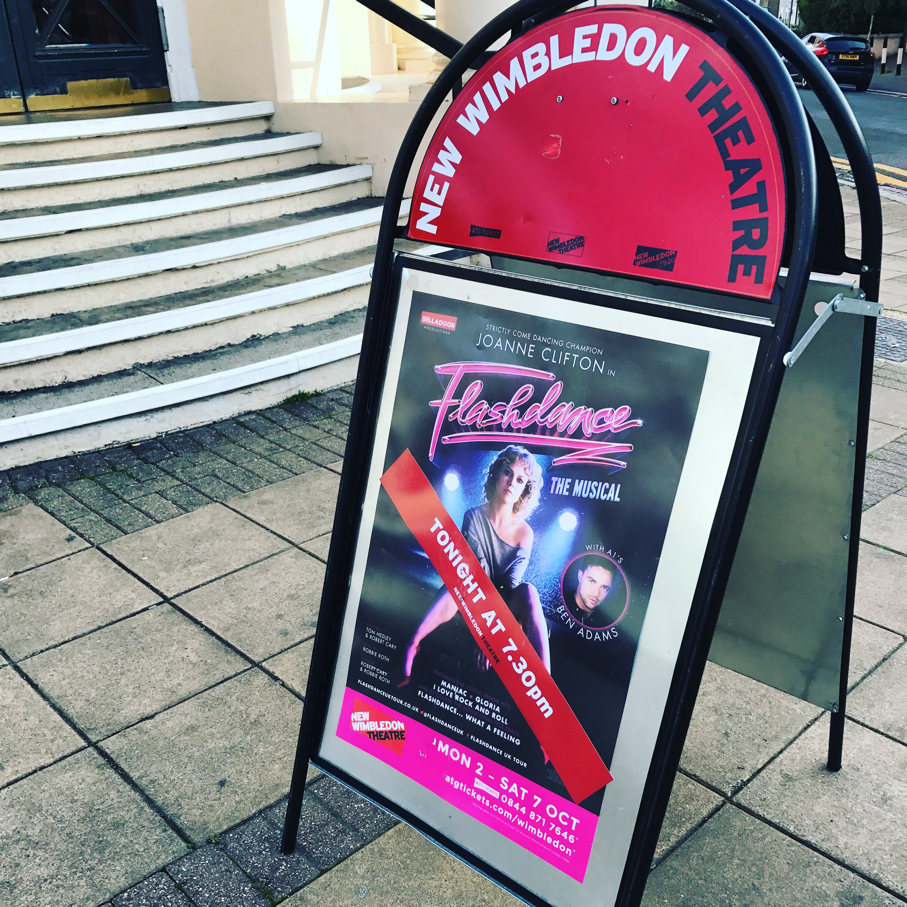 Hope everyone's good and you've all had a great few weeks.
Well today finally arrived it's been in the diary for a long time
It's Stop one for me on the Flashdance Uk tour which this week 2nd/7th Oct is currently back in London at the New Wimbledon theatre.
If you've not seen the film or have the soundtrack please go and get a copy and get yourselves ready for an incredible evening. If you are a fan of the 80s this show is for you Ben Adams (from a1) and Joanne Clifton (from Strictly Come Dancing) are incredible. I could have easily given the show it's 5stars in the first half for it's energy but the second half it smashed it.
Joanne is perfect for the role of Alex and her voice is just amazing. I'd be first in the queue for a cast recording with the cast for this show and I'm sure a long line behind me. Ben plays the role of Nick really well and does it complete justice.
The show itself works so well with the changing of the sets to the costumes and to well some of the most iconic 80s song everyone knows and loves. I promise you that you will leave singing What a Feeling after a great evening. No spoilers for those who haven't been but the end of the show will leave you loving the 80s 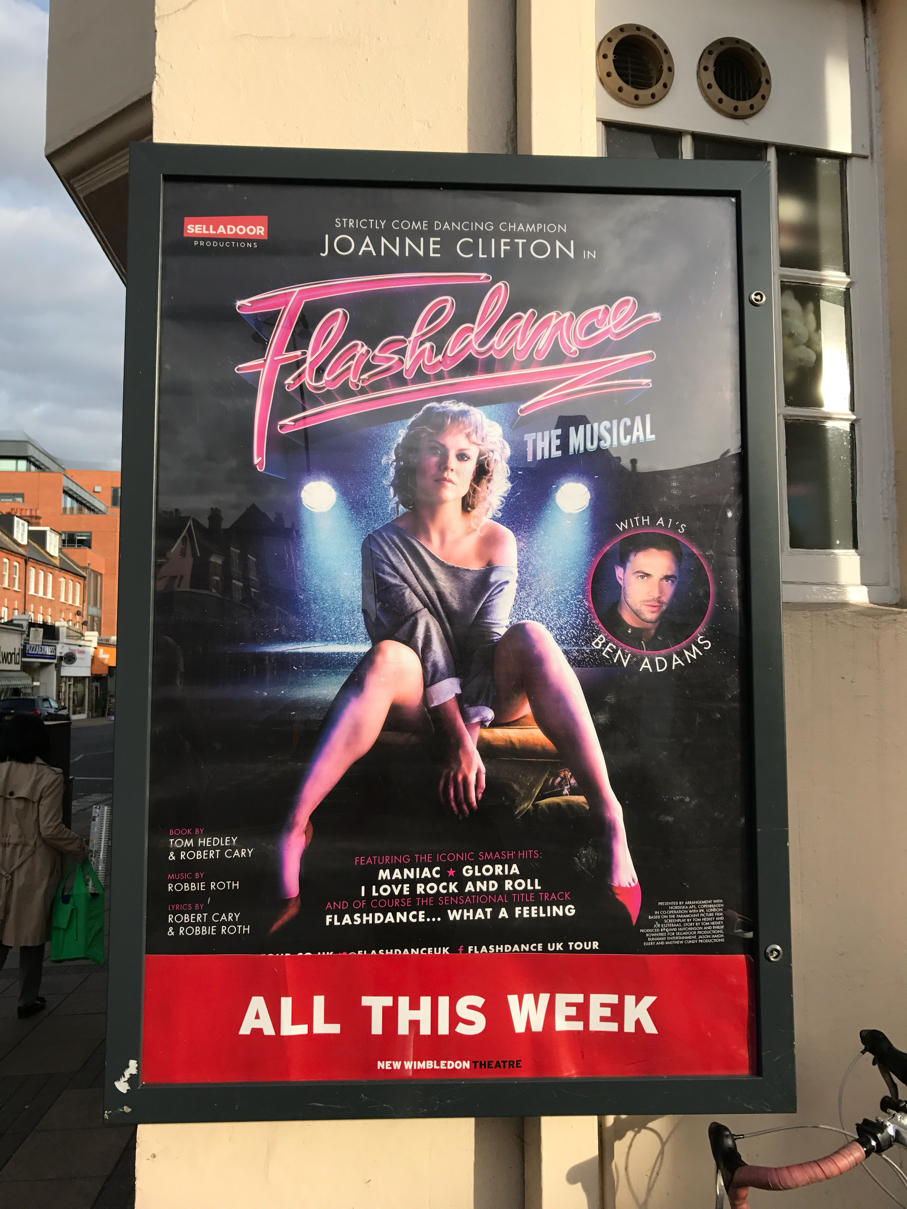 I can't wait to see the show again in a few weeks when it gets to Liverpool. Have to say I'll happily start a campaign for it's return to the Westend as well.
Have a great rest of the week
Love Holly
X