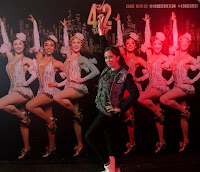 42nd Street - Theatre Royal Drury Lane
I think I can honestly say I feel in love with this show about 20 seconds after the curtain went up and seeing not only the energy that came from the incredible cast but also the response from the audience after the first number. The whole show from start to finish with the dancing and the great soundtrack I promise you will want to take up dancing when you leave. 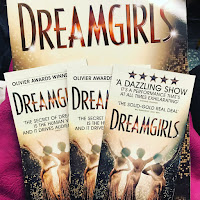 DreamGirls - Savoy Theatre
This show was amazing, I got a very last minute ticket and had a great view. I was a big fan of the film and seeing the stage version did it justice. Hearing the reaction and seeing the Standing Ovation for ' I Am Telling You' in the first half was something very special to see. The power in the voices of the cast for these songs is something worth going to see the show for alone. 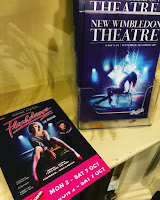 This show became a firm favourite with us last year, full of 80's hits and incredible dancing each performance we saw just got better and better. The energy with the whole cast leaves you on a high especially after a great finale you will have the soundtrack in your head for days after. Both Ben and Joanne have been great to watch on the tour and we both hope we can make some more dates this year to see 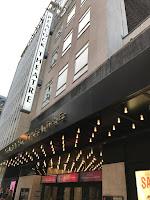 Footloose Tour
I was lucky to see the tour at a few venues last year but my highlight was to see it back in the Westend for a short visit at the Peacock Theatre in London. Each show I saw with the great cast was a great night. The cast played this version of the show so well and I hope to see it back on stage very soon.

Thanks for reading and have a great weekend