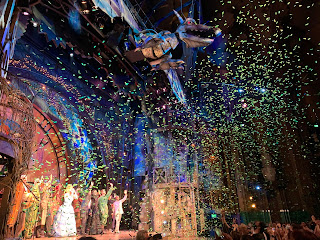 It's not often that you get to celebrate a shows 15th anniversary but top that along with a highly anticipated reopening in the Westend after lock down it was an incredible atmosphere to be a part of.

One of the most amazing parts of the gala evening was seeing the legend that is Stephen Schwartz take to the stage to speak at the end of the show.

The energy that the cast bring to very show is so powerful. Even after 18 months away the whole performance was 5 star the whole way through.

If you've managed to see the show over the years you know how amazing the cast are when they take to the stage. From a hit filled soundtrack to incredible costumes you are transported straight into your trip to Oz.