Back to the Future the Musical - Westend 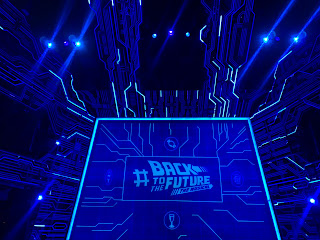 Back to the Future the Musical - Westend

Firstly what can I say this show is brilliant and a must for all fans to see.

The show has magically taken on the film's legacy and transported fans into the story on stage. With Olly Dobson and Roger Bart taking on Marty and Doc's roles I have to say they are perfectly cast for the show.

The show is based on the first film and straight away from curtain up you are taken on a journey through time.

One thing to note is how clever all the visual effects are especially showing how the Delorean gets up to 88mph. With a special surprise at the end of the show as well it's well worth going to see.

The whole cast are brilliant in their roles and really play them so well that it is easy to imagine that you are watching the originals from the film.

The Script writers have also kept to the original but do listen out for a clever nod to time travel in 2020 which lead to a massive applause from the crowd.