Eugenius - what the audiences are saying 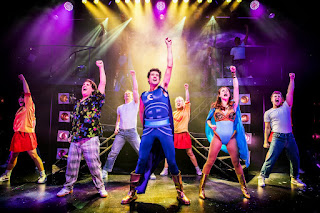 The posters quote “ You already need to see it again” and it’s totally 100% true it is very hard not to give the show anything less than its well deserved 5 stars.
In a week of shows the feedback has already taken social media by storm and with a fast growing fan base the show is firmly cementing its place within the Westend shows that you have to see in London.

The show is pure nostalgia that everyone can relate to on different levels no matter what year of the 80’s you were born in or have memories from. From what is being called ‘This generations Rocky Horror Picture Show’ the show is gaining a cult status with every performance.

The story is formed around Eugene and his love for comic books and what happens when his dreams and real life collide. Along with Janey and Feris we follow the story of Eugene's adventures of turning his comic book dream into reality.

The audiences reactions literally speak for themselves night after night, the energy that comes from the packed out crowd is there from the start to finish of the show with standing ovations at the end of every show.

Beautiful songs and the best one liners

All of the pop culture references were just spot on 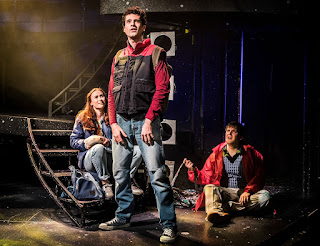 The soundtrack has also taken the shows fan base by storm arriving on Spotify, Itunes and music streaming services about 2 weeks ago I think everyone who has seen the show has left with them stuck in their head

‘Last two on stage get to sing a power ballad?’ always aim to be the last on stage

I still have the song in my head from last night. ‘ Go Eugenius Go Eugene”

Such an uplifting show left me singing all night long

Really hard not to repeatedly punch the air whilst walking home

For the past week social media has nothing but praise and love for the cast and team,  you will find it hard not to love the show that is fast stealing the inner geek of everyone that has been so far. The previews sold out and with sold out shows this week extra ones have already been added to deal with demand over rest of the run.
There is something for everyone in the production including a guest appearance from Mark Hamill as Kevin the robot.
All you need now is a ticket and to get yourself down to The Other Palace in Victoria where the show is running until March 3rd.