Welcome to the first blog of 2019
For this one I'm handing the blog over to Ali who went to see the Rocky Horror in Manchester at the weekend for a great review.

The Rocky Horror Show......legendary, much loved, with a loyal following! If you’ve seen the show before (I had once, six years ago) you will have experienced the buzz in the audience throughout the show.  As soon as we took our seats in the Manchester opera house we watched an array of Magenta’s and Columbia’s walk into the theatre, and there’s always a brave Frank or two also. I love this about the audience, the dressing up! In fact last time I saw the show I’d donned my own glittering gold jacket and Columbia’s striped shorts!
This time I appreciated the efforts of others.  As I struck up conversation with my neighbour in the seat next to me I thought this isn’t your usual theatre atmosphere, it’s fun, its different it’s exciting!  We all know the story, we all know the words, and we especially all know the dance routine to the time warp!  These are character that people enjoy, theres a huge fan base and they know them well.  I can only imagine they bring with them an element of pressure to each new person who takes on the roles! So how did 2019 do? 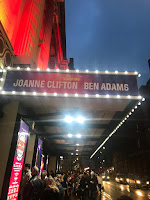 As I sit here writing this, I started by wanting to make it sound ‘professional’ and ‘good enough’ but, im not a theatre critic.  Several members of my family are huge fans of Rocky Horror therefore it’s been a part of my life for a long tine, almost as long as Ben Adams who’s career I’ve followed from the beginning! Putting the two together, I had high hopes! So I’m just going to be real and be honest!

As soon as Laura Harrison took to the stage as the usherette, you could feel the energy levels already! We were straight into it and it felt exciting! 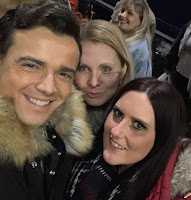 Ben Adams and Joanne Clifton showed us all once again the chemistry they have on stage together.  Bens voice just sounds ideal as Brad, and watching the wide eyed naivety of Janet, I was completely lost in the characters to the point of forgetting it was actually Ben and Joanne up there!  They have shown us before ( previously appearing in Flashdance) how well they work together, but this time they really are just perfect in these roles! These two are fast becoming the perfect musical theatre duo and have even a written a musical together called bloody Nora which we can’t wait for! To get you into the spirit of the show don't forget to check out their own version of Dammit Janet over on Spotify and iTunes now. 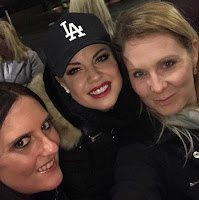 I’d read that Kristian Lavercombe had played Rif Raf over 1300 times! Wow! And again I was lost in the character. It’s clear he knows character inside out and was amazing to watch. I hadn’t seen Callum Evans, who plays Rocky, before.  But found him so much better than last time I’d seen others in the show in previous years.  The way he moved on the stage, there could be no doubt in anyone’s minds that he had just been ‘created’ and was getting used to his ‘perfect’ body lol 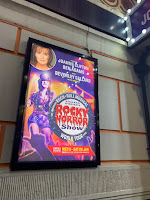 The main thing I want to say, is that I thoroughly enjoyed watching the show, getting up on my feet from the very beginning doing the time warp!


The fear most people have when watching a show again, with different actors, is always ‘but will it be as good as last time?’ .  So I’ll end by saying from the bottom of my heart yes! Each and every actor had me smiling in my seat thinking ‘that’s perfect’  and I left asking ‘can I go again before this show leaves Manchester?’