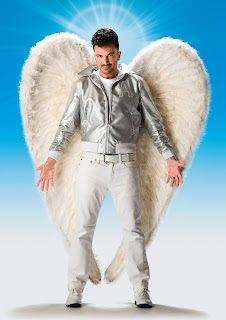 The producers of the first new production in 25 years of Jim Jacobs & Warren Casey’s iconic musical GREASE, have been working hard to reschedule the 2021 dates of the UK tour. The musical was due to tour in 2020 but had to be postponed due to COVID-19.  Directed by Nikolai Foster and choreographed by Arlene Phillips, the 2021 tour will now begin at Curve, Leicester from 30 – 31 July.

Following his success starring in the UK and Ireland tour in 2019, Peter Andre will star in the 2021 tour at certain venues. Peter Andre is currently scheduled to perform at certain performances in Leicester, Plymouth, Canterbury, Nottingham, Milton Keynes, Woking, Dartford, Bristol, Edinburgh, Manchester, Birmingham, Southampton, Liverpool and Cardiff. Customers are advised to check their local websites for specific dates.

As well as reprising the role of Teen Angel, Andre will also play Vince Fontaine. Further casting to be announced.

Peter Andre said "I was so thrilled to have been returning to Grease this year as I had the most wonderful time on the last tour working with our incredible cast and creative team, I can’t wait to get back out there performing with them. Grease is joyous and will truly allow you to escape to a different time, with show-stopping dance routines and some of the most iconic songs of all time. It's a show about solidarity and it celebrates friendship, which is even more important now with how the last 12 months have been. As the song goes, We Go Together!"

Peter Andre is known for his successful music and television career and became the sixth highest selling artist in the UK in the 1990s with number one hits such as Mysterious Girl, Flava and I Feel You. He has had two number one albums and has toured all over the world, collecting a multitude of national and international awards. Peter’s many TV shows and appearances, include his reality show Peter Andre: My Life, 60 Minute Makeover and the third series of I’m a Celebrity… Get Me Out of Here in 2004.

GREASE originally opened in Chicago in 1971, followed by a move to Broadway in 1972, where it received seven Tony Award nominations, including one for Best Musical. During the show's eight-year run, at the time, little known actors including Peter Gallagher, Patrick Swayze and John Travolta all appeared in the production, with Richard Gere understudying many roles before going on to star as Danny Zuko in the 1973 London premiere.

The 1978 film adaptation starring John Travolta and Olivia Newton-John is the fourth highest-grossing live action musical of all time and celebrated its 40th anniversary this year. The musical features beloved songs, including Summer Nights, Greased Lightnin’, Hopelessly Devoted To You and You’re The One That I Want.