Brand new casting for Wicked in the Westend 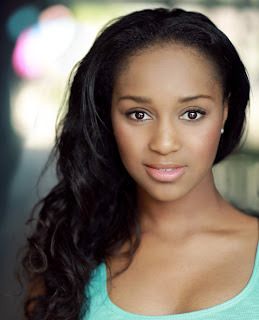 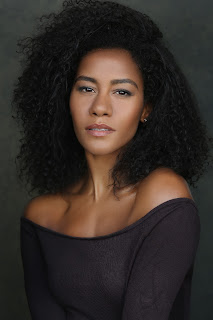 WICKED, the West End and Broadway musical phenomenon that tells the incredible untold story of the Witches of Oz, is proud to announce its full new London cast who will begin performances at London’s Apollo Victoria Theatre on Tuesday 7 March 2023. Leading the company will be Alexia Khadime as ‘Elphaba’, returning to the role she previously played to universal acclaim, and The Phantom of the Opera star Lucy St. Louis as ‘Glinda’. Caitlin Anderson will make her West End debut as ‘Nessarose’, and current ensemble cast member Joe Thompson-Oubari will take over the role of ‘Boq’.

One of the most successful musicals of all time” (BBC News), Wicked is now in its 17th year at London’s Apollo Victoria Theatre where it has already seen by more than 11 million people. The “hugely popular show” (The Times) has won over 100 international awards including three Tony Awards, two Olivier Awards, and a Grammy. Tickets are currently on public sale until Sunday 26 November 2023, with nine extra shows added.

Alexia Khadime (Elphaba) first played ‘Elphaba’ to critical acclaim in 2008 and subsequently returned to the role for a second engagement in 2009/10. Alexia’s many other leading West End roles have included ‘Nala’ in Disney’s The Lion King; ‘Éponine’ in Les Misérables; ‘Nabulungi’ in The Book of Mormon (WhatsOnStage Award); and, most recently, ‘Miriam’ in The Prince of Egypt. At the National Theatre, she played ‘Harmonia’ in Welcome To Thebes, directed by Richard Eyre. Her many television appearances have included Comin' Atcha! (CITV); Nick Payne’s Wanderlust (BBC); Splatalot (CBBC) with Dick & Dom; ‘Ellie’ in The Queen’s Nose (CBBC) and Grange Hill. She appeared in the films Rocketman; Les Misérables and London Road.

Lucy St. Louis (Glinda) is currently starring as ‘Christine Daaé’ in Andrew Lloyd Webber’s The Phantom of the Opera at Her Majesty’s Theatre, London. She previously starred as ‘Diana Ross’ in Motown The Musical at the Shaftesbury Theatre and as ‘Antonia’ in Man of La Mancha at the London Coliseum. Lucy’s many other London theatre credits include her West End debut in Ragtime (Regent’s Park Open Air Theatre); The Book of Mormon (Prince of Wales Theatre); and Beautiful: The Carole King Musical (Aldwych Theatre)

Caitlin Anderson (Nessarose) will make her West End debut in Wicked. She trained at Scotland’s MGA Academy of Performing Arts, graduating in 2018.

Joe Thompson-Oubari (Boq) is currently appearing in the ensemble cast of Wicked and has played the role of ‘Boq’ on many occasions. He graduated from the Royal Academy of Music in the summer of 2019, gaining an MA (with Distinction) in Musical Theatre.

Based on the novel by Gregory Maguire, Wicked imagines a beguiling backstory and future possibilities to the lives of L. Frank Baum’s beloved characters from The Wonderful Wizard of Oz and reveals the decisions and events that shape the destinies of two unlikely university friends on their journey to becoming Glinda The Good and the Wicked Witch of the West.

Wicked has music and lyrics by multi-Oscar and Grammy Award winner Stephen Schwartz (Godspell, Pippin, The Prince of Egypt, Disney’s Pocahontas, The Hunchback of Notre Dame, Enchanted and its Disney+ sequel Disenchanted). It is based on the multi-million copy best-selling novel Wicked: The Life and Times of the Wicked Witch of the West by Gregory Maguire and written by Emmy and Tony Award nominee Winnie Holzman (creator of the landmark American television series My So-Called Life). Musical staging is by Tony Award-winner Wayne Cilento with direction by two-time Tony Award-winner Joe Mantello.