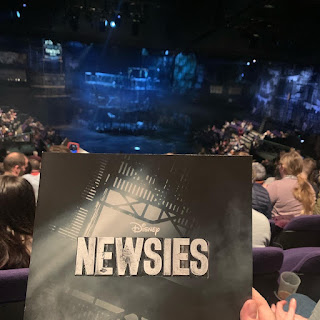 It's been a long to coming but I'm happy to say 2023 is starting off with it's first 5 star review.

Newsies is currently playing at the Troubadour Wembley Park Theatre and due to popular demand has just extended through to April.

If you haven't seen the show yet you are in for an incredible evening out. The show is fully immersive and from the start you can see why you are advised to stay in your seats during the performance.

The show tells the story of the Newsies working in New York City at the start of the 20th century and their struggle to deal with the price hike of the newspapers they are selling to the wages they will be receiving. 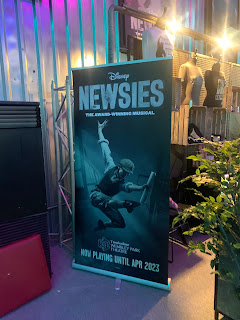 From the very start of the show you are taken into the story and a journey that will keep you on your edge of your seat for the whole show.

The cast received more the one standing ovation which I think had they be given the chance they would have been up on their feet for a lot longer.

Normally I give a nod to a cast member for an outstanding performance but for this review the whole cast were phenomenal. The quality of all the dance routines is worth noting as it makes the whole show very special to watch.