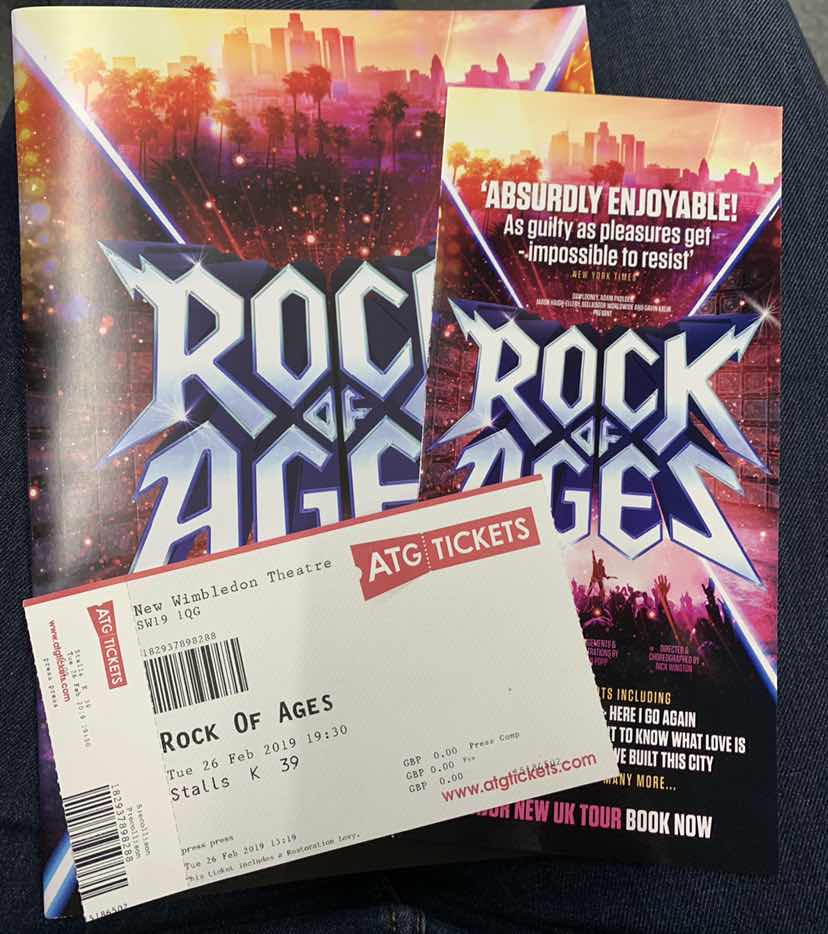 So tonight it’s back to the 80s and the classic that is Rock of Ages.

Currently on it UK tour it’s back in London this week bringing the story of Drew and Sherrie back to the stage.

Filled with 80s classics such as Here I go again, Dead or Alive and Don’t Stop believing this show is a must for any 80s fan.

After seeing the show in Liverpool I gave Lucas Rush my star of the show and again tonight he was spot on with his humour and is so good at his role.

Joining the cast as Stacee Jaxx is Kevin Clifton who I also have to give a mention. He played the role brilliantly as Stacee and his vocals got a great reception from the crowd.

The finale bought a massively well deserved standing ovation and also felt like being at a rock concert. If you haven’t seen the show already grab a ticket now and get ready to rock out.

Let me know in the comments if you’ve seen the show and what you thought.