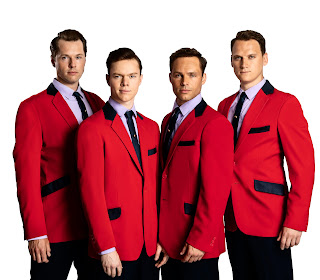 The producers and creative team are delighted to announce a new booking period for the West End production of the Tony, Grammy and Olivier Award-winning smash hit musical JERSEY BOYS.  Patrons will be able to book performances through to 2 October 2022. Tickets are now on sale.

The musical opened to rave reviews at the new multi-million pound reinstated Trafalgar Theatre on 28 July 2021.

JERSEY BOYS originally opened in New York on 6 November 2005 and, by the time it closed over 11 years later on 15 January 2017, it was the 12th longest running show in Broadway history.  It first ran in London’s West End from 18 March 2008 to 26 March 2017 – nine amazing years – and, at the time, was the sixth longest musical running in the West End.

JERSEY BOYS returned to New York with a new production in November 2017 and resumed performances when Broadway reopened last autumn. The JERSEY BOYS US National Tour is still breaking house records in cities across North America.

JERSEY BOYS at the Trafalgar Theatre is staged by the original Broadway creative team, led by the Tony Award-winning team of director Des McAnuff and choreographer Sergio Trujillo, with scenic design by Klara Zieglerova, costume design by Jess Goldstein, lighting by Howell Binkley, sound by Steve Canyon Kennedy and projections design by Michael Clark.  The orchestrations are by Steve Orich and the music supervision and vocal arrangements by Ron Melrose.

JERSEY BOYS is produced in London by the Dodgers and Trafalgar Theatre Productions, with BB Investments, Kevin Kinsella, Pelican Group in association with Latitude Link and Eilene Davidson Productions.

Monday – Saturday 7.30pm with no performance on Tuesday evening