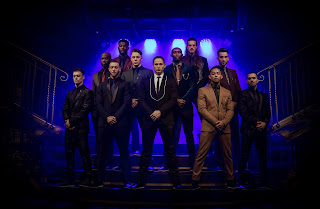 Reopening news for May 2021

Magic Mike Live will be returning to its London home of The Theatre at the Hippodrome Casino on Friday 21 May 2021.  Patrons will experience a revamped production featuring new songs and new dance sequences in a Covid-secure environment with a socially distanced audience.

“The team behind Magic Mike Live has been enthusiastically planning the show’s return to the London stage,” said Executive Producer Vincent Marini. “We have been working to develop a show that prioritises the safety of our employees and guests but also manages to be as fun, electric and unexpected as ever. While it has been a creative challenge to make changes to the show we all love so much, we believe that the finished product, which has already been successfully launched in Sydney, will bring a great deal of joy to London at a time when it is sorely needed. We’re going to make the show’s return to the Hippodrome – after 14 long months away – absolutely epic.”

As part of Magic Mike Live’s return to the London stage, the show has a new “Too Good To Be True” ticketing policy, which gives patrons unprecedented booking flexibility. “We wanted our guests to know that they can book with confidence knowing they will never lose the value of their ticket,” continued Marini. “If they cannot attend the show for any reason, even on the day of the performance, all they need to do is contact us and we’ll rebook them or give them a refund… no questions asked.”

From 21 May 2021, all tickets will be priced at £79.00 and £96.00 and will include complimentary Prosecco during the show for the first 10 weeks only, until 1 August 2021. Patrons are encouraged to book early to get the best seats. New VIP packages are also available at the time of booking that allow guests to extend their stay and take advantage of everything the Hippodrome Casino has to offer.

Conceived and co-directed by Channing Tatum, Magic Mike Live, which has already wowed over 200,000 people in London alone and almost 750,000 worldwide, is a large-scale, live production show based on the hit films Magic Mike and Magic Mike XXL, which opened at The Theatre at the Hippodrome Casino in London’s Leicester Square in November 2018.

From the bespoke entrance off Cranbourn Street, to the specially curated lounge and bar experience, to the cast of world-class performers, Magic Mike Live is a complete evening of unparalleled entertainment for guests aged 18 and up.  Audience members enter Magic Mike’s mythical club and marvel as a group of extraordinary artists from around the world perform a 360-degree dance and acrobatic spectacular in front of, behind, and above them.  Sexy dance routines intertwined with one-of-a-kind acts, are presented by a diverse cast of performers from around the world.

Magic Mike Live has become an international sensation since opening in Las Vegas in April 2017.  In addition to breaking box office records and performing to sold-out audiences in Las Vegas and London, the show premiered in Berlin in 2020 and the Australia national tour opened in Sydney in December 2020.

*The Prosecco offer is for the booking period 21 May to 1 August 2021 and includes up to one bottle per person. The Hippodrome reserves the right to refuse service to anyone who appears intoxicated.

**Those patrons with tickets to an earlier performance will be contacted by their point of purchase with exchange options.

Covid Safety:  Channing and the entire creative team have developed a plan to make sure the show is not only more fun than it’s ever been, but also safe for the cast, crew and the audience.  To ensure they are able to provide a comfortable and safe experience for everyone, there are a few things they need ticket holders to do and know ahead of their visit. Please visit the website for more information: www.magicmikelondon.co.uk

Magic Mike Live guests must be at least 18 years to attend - appropriate photo ID will be requested on arrival at the venue - begambleaware.org