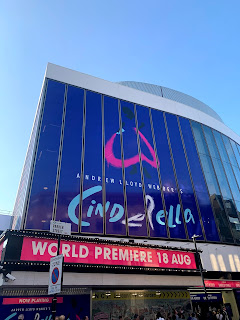 Everyone knows the story of Cinderella and has grown up with it in their life but what Andrew Lloyd Webber has done is bring a classic story back to the stage with some great new twists and additions to the story.

The story takes place in the town of Belleville where you see Cinderella in a whole new light. Played by Carrie Hope Fletcher you see a great take on a well loved character which brings her into a whole new era.

The soundtrack to the show is brilliant and firmly on it’s way to join the list of many classic shows that you have to hear.

My top 3 stand out songs from the show are Bad Cinderella, Only You - Lonely You and I know I have a heart. The soundtrack in itself is stand out but these songs have become my top 3.

Set at the Gillian Lynne theatre in Covent Garden as soon as you enter the auditorium you can see you are in for something very special to watch. 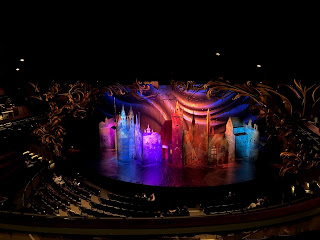 The stage set is incredibly clever and the layout for the ball room scene is something you won’t have seen before. With a great use of space you are taken completely into the action.

On a side note a couple of things I wanted to mention. The production of the story is more of a darker look at Cinderella but also more for an adult audience with some of the language used. Whilst we were aware it was a different look at the story I didn’t see any signage but did see a number of younger members of the audience. Also something else to mention was the use of flashing lights during the performance. Although it wasn’t much again we didn’t see signage up as a warning.

The show I think is set for a long run, playing to packed out audiences after only being open for a short amount of time it is already building a big following.